Topeka K. Sam is the Founder and CEO of The Ladies of Hope Ministries – The LOHM, President and CEO of TKS Ventures LLC and Faces & Voices Inc. She serves on the board of directors for Coalition for Public Safety, The Marshall Project, Operation Restoration, and United Justice Coalition.

Since her release from federal prison on May 5, 2015, Topeka has served as a 2015 Beyond the Bars Fellow and a 2016 Justice-In-Education Scholar both from Columbia University, 2017 Soros Justice Advocacy Fellow, 2018 Unlocked Futures Inaugural Cohort Member, 2018 Opportunity Agenda Communications Institute Fellow, Director of #Dignity Campaign for #cut50 where she led the bi-partisan national effort to pass 20 pieces of legislation restoring the Dignity for Incarcerated Women, Senior Advisor of New Yorkers United for Justice. In 2020, the United Nations appointed Topeka as the Goodwill Ambassador for Social Justice (Incarceration Reform) of the Global Festival of Creative Economy.

She is the host of “The Topeka K. Sam Show” on SiriusXM UrbanView Channel 126 Sundays 9 am EDT and is now developing scripted and unscripted series as an Executive Producer for TV & Film, inspired by her fight to change the many problems that plague female incarceration with 44 Blue Productions. 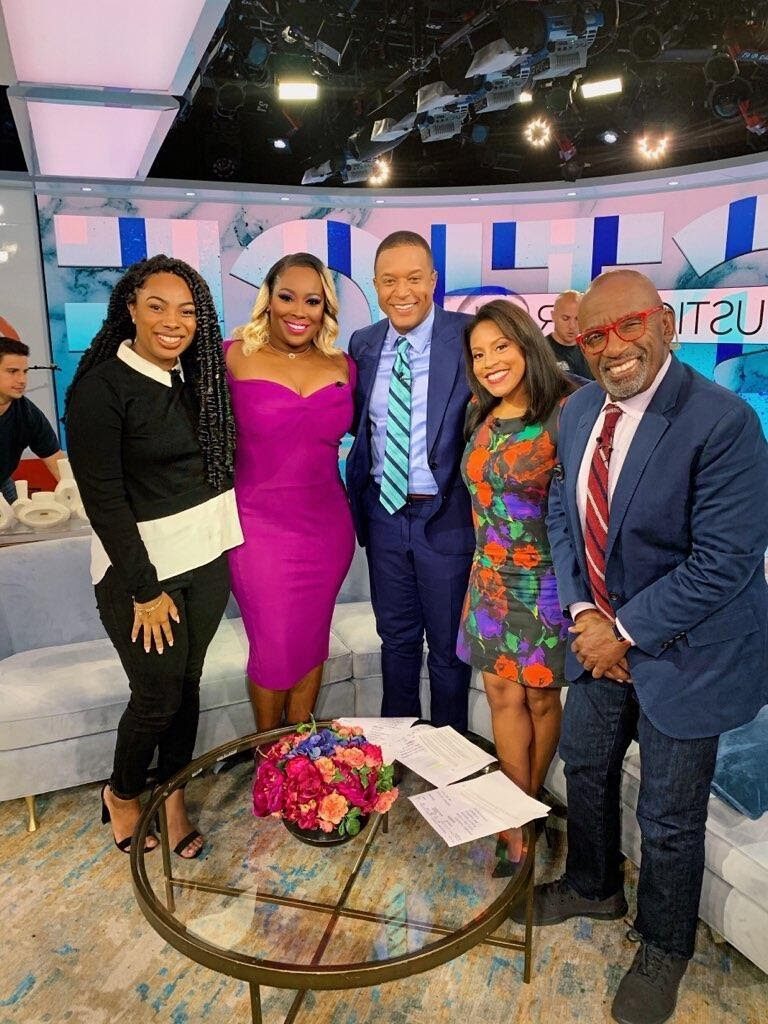 Topeka K. Sam is committed to keeping women and girls out of prison. On her 3rd Hour Today Show appearance, Sam discusses her experience with the criminal legal system and the organization she was called to create after serving time. Sam is joined by Kyndia Riley, whose mother, Santra Rucker, is still incarcerated. The two have worked closely to advocate for Rucker’s release.

Topeka has been featured in Vogue, Essence, SalonTV, Vice, New York Times, TheCut, Rolling Stone and Variety Magazine. She has shared her expertise on The Tamron Hall Show, CNN, MSNBC and The Today Show. Additionally, has been featured in Glamour Magazine and Black Enterprise for being “The Black Woman behind the video that led to the Trump Clemency of Alice Johnson.” She has spoken at the 2018 United States of the Woman Conference, 2018 Women in the World Conference, 2018 White House Prison Reform Summit, is a TedxMidAtlantic Superheros Presenter, and has received many awards for her contributions transforming the lives of women and girls impacted by the criminal legal system.

She has worked and continues to work selflessly and relentlessly in her fight for the dignity, decriminalization, and decarceration of women and girls. All Social Media Handles: @TopekaKSam

“If we truly seek a safer and more just society, we cannot continue to compound trauma and reinforce misogyny through our criminal justice system.”

"It was the lived experience of not only myself but also those sisters that were also incarcerated, that helped me to think through ways that we could lead change in this country.

"Everyone deserves access to healthcare they trust. We want to ensure that the needs of women and non-binary folks, particularly BIPOC, are met behind bars and in the community. We are empowering individuals impacted by the criminal legal system to build doula businesses, and collectively improve maternal health outcomes for BIPOC."