The Ladies of Hope Ministries (The LOHM) has created a visionary legislative policy advocacy program to address policies that harm people who have been arrested/incarcerated and their families. EPIC is a powerful opportunity to unify incarcerated and formerly incarcerated women, and those impacted by the criminal justice system to work collectively on social justice causes. The program will teach women who have been impacted by incarceration to advocate and create legislative policies focused on ending poverty.

The EPIC Ambassadors Fellowship will provide training, strategic guidance, and support of relevant policy analysis and implementation. The Ambassadors will work to change and promote reforms in their respective states. 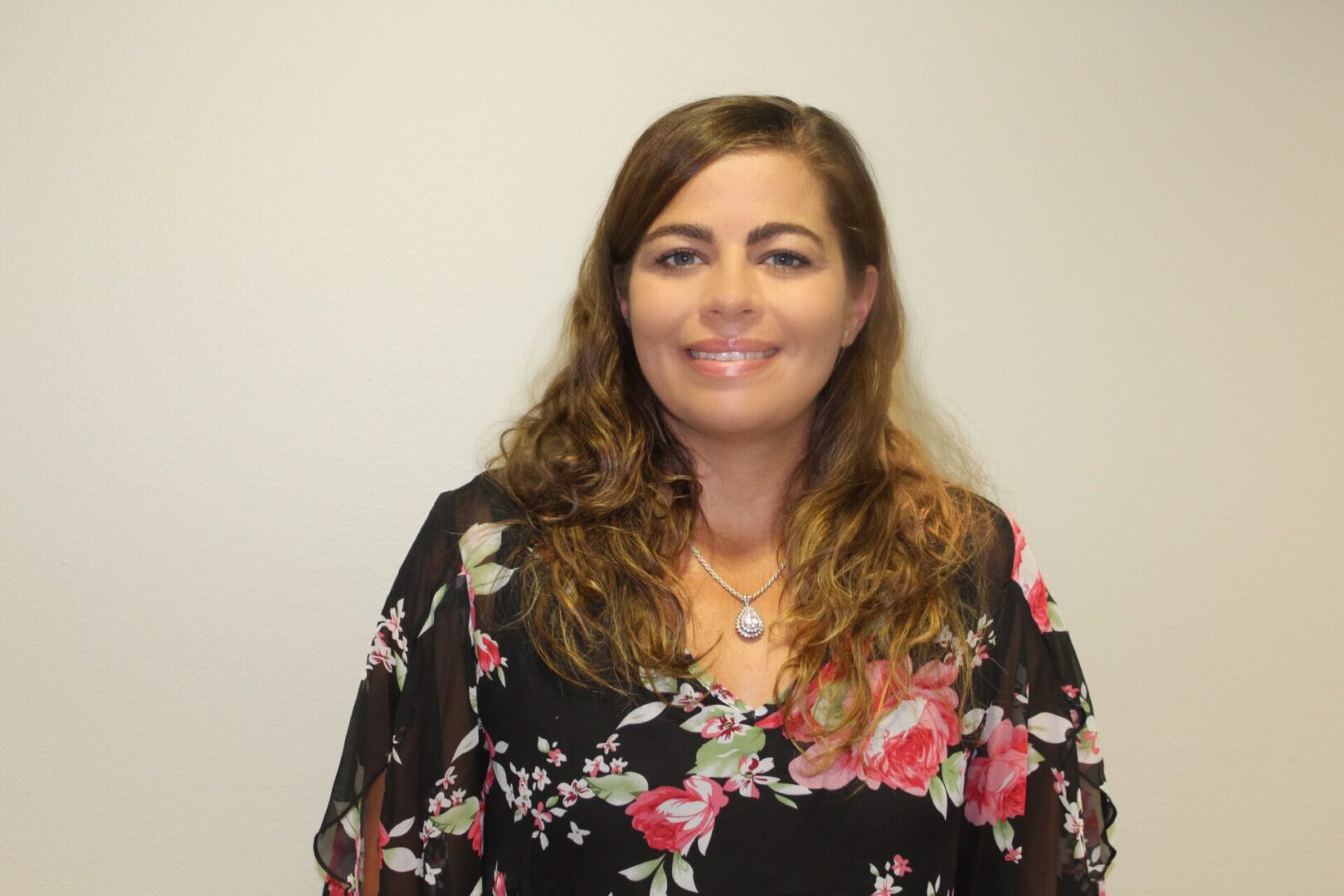 Cheri Branham has her bachelor’s degree in social work and is a phone counselor for Wisconsin Lifeline. Cheri is so grateful to have been chosen as an EPIC Ambassador, as her passion is advocating for criminal justice reform. Cheri has experience doing so with Ex-po (Ex-incarcerated Individuals Organizing), JOSHUA, and the ACLU. My goal is to one day open an ATR for pregnant women who struggle with substance abuse, since there are only 12 beds for our entire state! I have seen from personal experience there is a need for more. I plan to do research this subject and make changes that are needed to be made in my state! Wisconsin has one of the highest prison populations, 40% being revocations. My hopes are Wisconsin can eliminate crimeless revocation and get individuals the treatment they need and deserve, as opposed to incarceration! 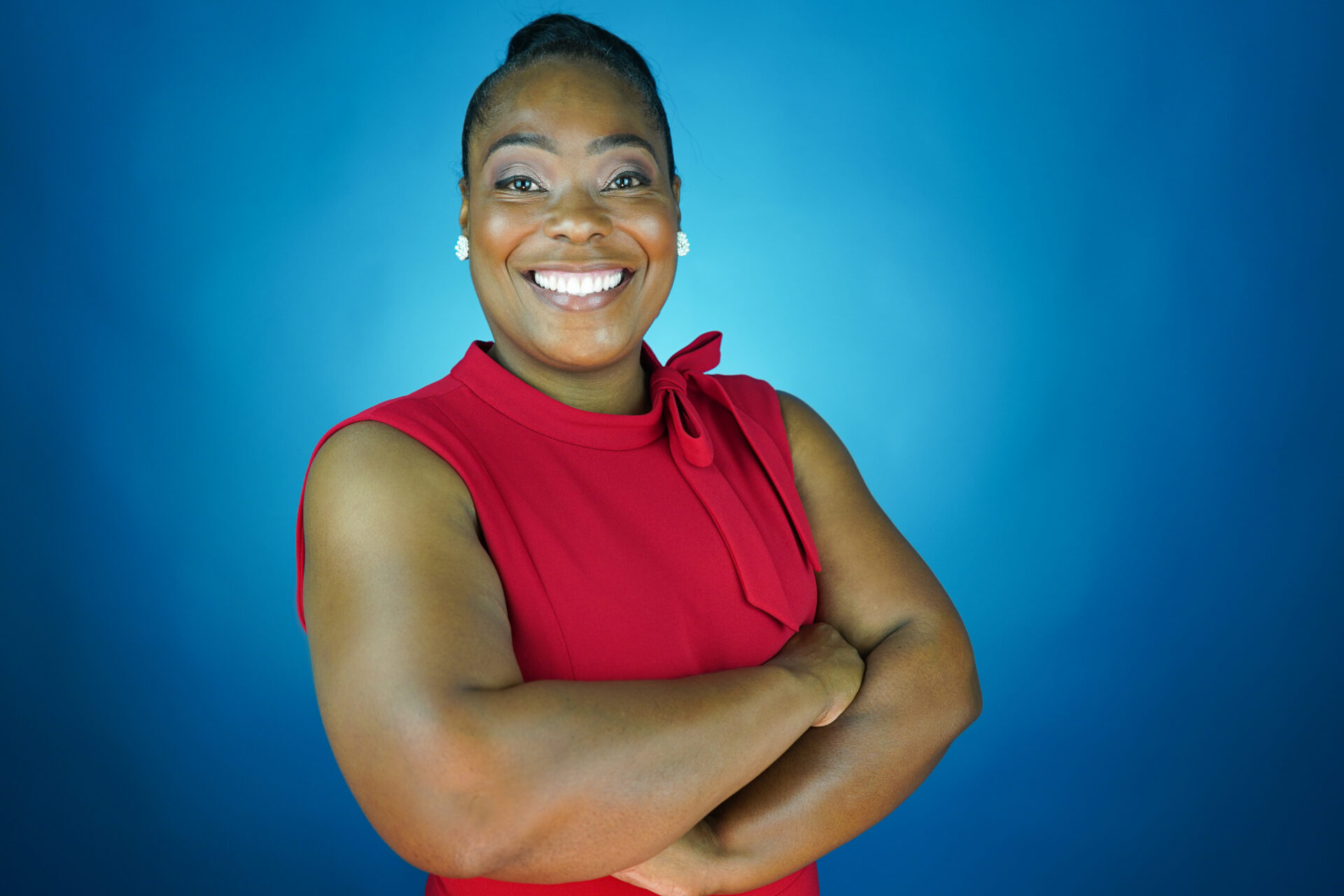 The most important titles that Councilwoman Demetrus Coonrod will ever hold are “mom” and “proud Grandmother.” Coonrod, the oldest of four children, grew up in a working-class family. Her mother was a nurse by trade and her father was in the military. She experienced the impact of income inequality firsthand as she watched her parents battle drug addiction. The experience exposed for Coonrod the serious problems with determinants of health, especially for Black and lower-income families.

Demetrus Coonrod was first elected to the District 9 seat of the Chattanooga City Council on April 11, 2017. She was sworn in for a second term on April 19, 2021. She is currently serving as Chair of the Council's Youth and Family Development Committee.

Councilwoman Coonrod is a graduate of Chattanooga High School for Paideia and Performing Arts Phoenix Three. She is a first-generation college student majoring in Sociology with a minor in Criminal Justice. 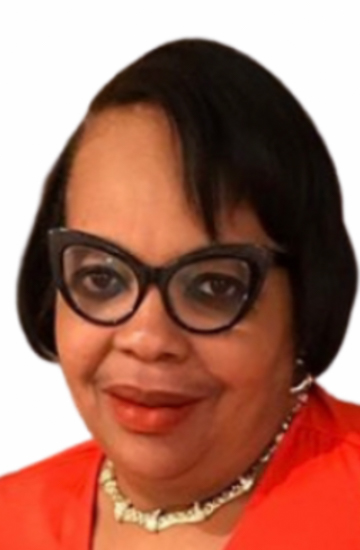 Denise Cosom attended New York City’s public schools and graduated from Midwood High School. After completing HS, she attended Burlington County College in New Jersey, and later transferred to Brooklyn College. Denise worked for the New York City Department of Social Services/Human Resource Administration as a Case Manager for 29 years. Throughout her career, she encountered all kinds of problems concerning families, hunger, homelessness, and a lack of financial resources. She also noticed that the stories were almost always the same about the fathers of the children. They were either incarcerated or nowhere to be found. In 2004 Denise met a young man and began mentoring him and noticed the system neither adequately monitored his education nor made it possible for him to develop independent life skills. She became painfully aware of the significant gaps in services to support this disconnected population. Young Gents Society was born out of this realization. 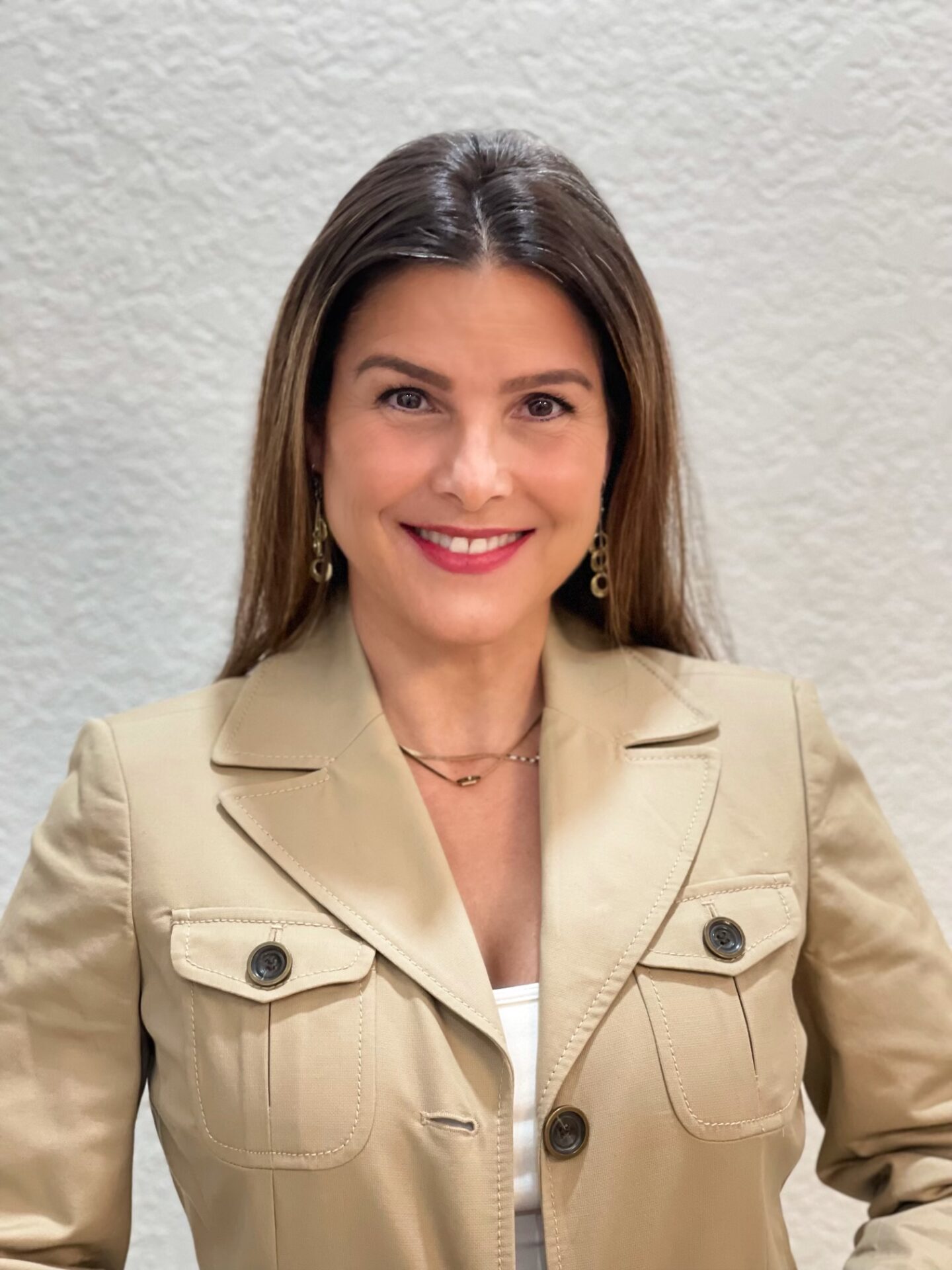 Judith Negron is an advocate for prison reform and justice overhaul. She has a Master’s in Mental Health with counseling experience of over 25 years, working in the development, implementation, and execution of programs geared towards assisting others in their well-being and personal growth. In 2011, she received a draconian sentence of 35 years imprisonment for a first-time, nonviolent, white collar offense and spent her time implementing countless educational programs, as well as facilitating the Parenting Programs, Suicide Prevention, and Alternatives to Violence Workshops. After being rewarded a release through the clemency process, she has dedicated herself to bringing awareness of the hurdles and impediments that returning citizens face while trying to reintegrate back into society. She has collaborated with several organizations such as Reform Alliance, Taking Action for Good, Can-Do, among others, to address the negative impacts of the criminal justice system on the individual and their loved ones. She is married and has two wonderful boys she loves spending time in an attempt to make up for the lost time. Judith resides in South Florida. 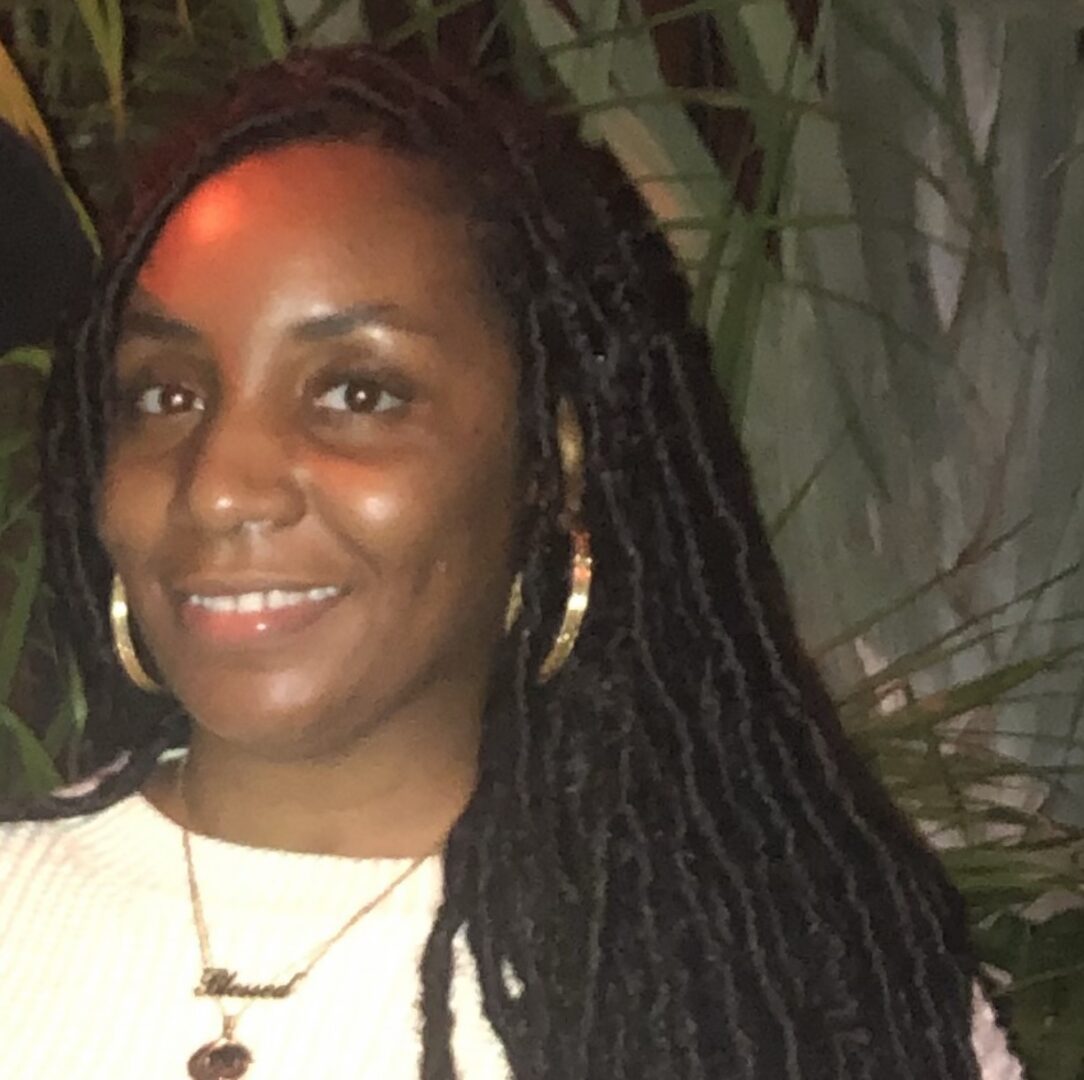 Emma Cornelius, born and raised in Brooklyn, NY, is a Social Advocate/Public Speaker for Prison Reform/Policy Change. Raised by a strong woman, morals and integrity were instilled in her, preparing her for society. As a justice impacted woman, she witnessed how unjust the system is and became passionate about inspiring and empowering others through her lived experiences. She has extensive experience in social justice advocacy, with the goal to produce positive change. Her visionary perspective has enabled her to work on several platforms geared towards prison research, policy change and re-entry. She has strong organizational, leadership and public relations skills. She has earned a B.A. in Sociology from Marymount Manhattan College. Energetic and witty, she enjoys writing, puzzles, coding, and family time. She is currently working towards creating a more equitable system for women, with a mission to give voice to the voiceless and speak truth to power. 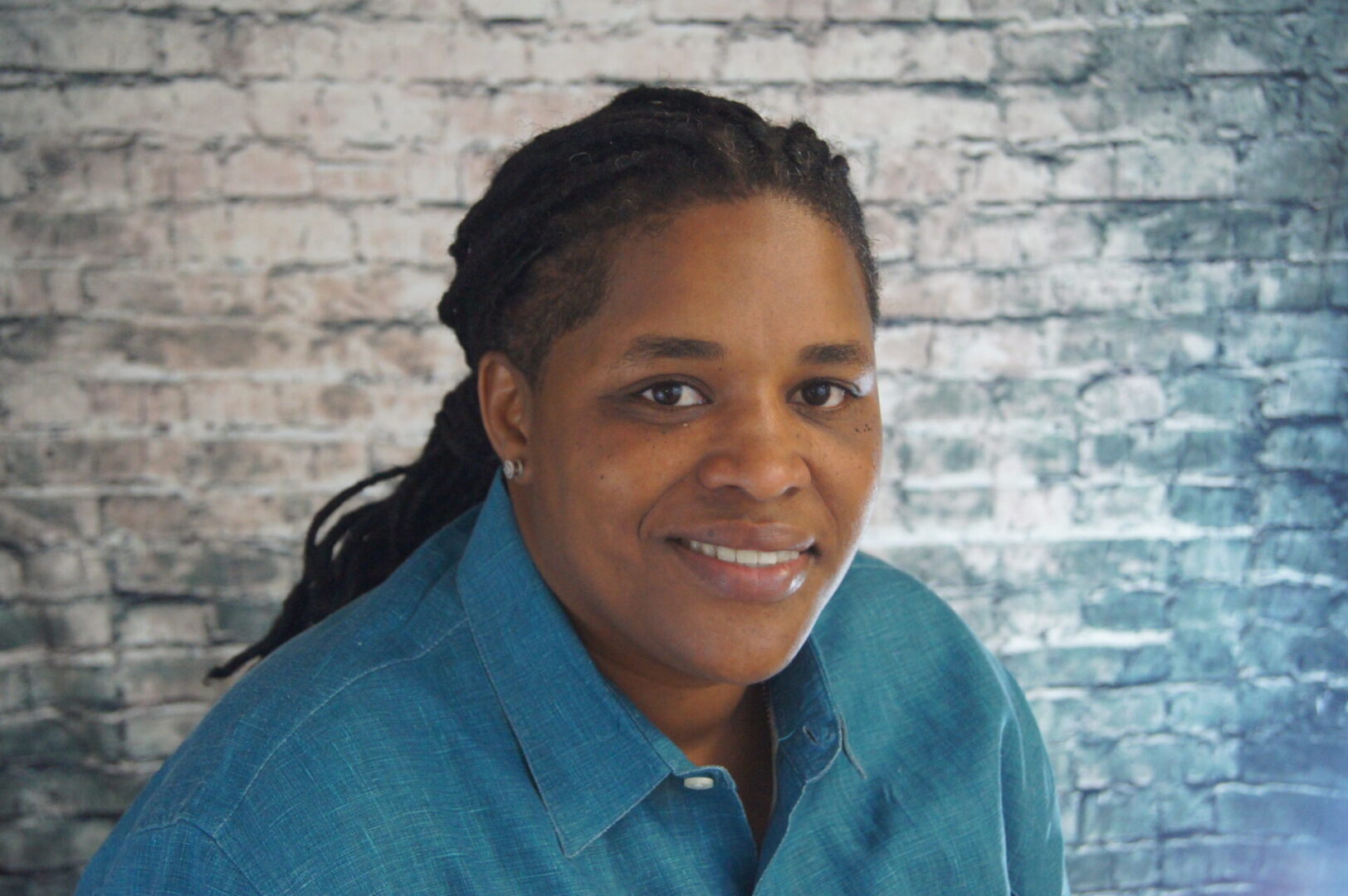 Montrell at the age of 21, was sentenced to 262 months in federal prison. During her 20 year incarceration, Montrell was the Co-Chair of her Toastmaster chapter and was active in the Inside-Out Prison Exchange Program. Eight days post-release, Montrell began working at Operation Restoration (OR). In the two years since her release Montrell has worked in various capacities at OR. She has been supervisor of “The Closet'', a space where women are provided clothing, hygiene and cosmetic items, Coordinator of Mentor Services working with girls involved in the criminal legal system and she currently is the Director of Safety and Freedom Fund which focuses on ending money bail in New Orleans and surrounding parishes. Montrell oversees partnerships with the National Bail Fund Network and the Bail Project. Montrell helped create and worked with the Louisiana Incarcerated Women's Task Force which made several policy recommendations around women’s incarceration in Louisiana. 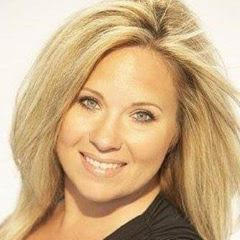 Nicole Hutchison, is the founder and backbone of non-profit, The Rusty Diamond Network. Born out of her personal tragedy, and subsequent incarceration within TDCJ, Nicole saw the need for peer-to-peer mentorship and support within prison walls. Upon her release, the seed grew, and with a vast network in place, re-entry, parole support, family services, clothing, housing and recovery resources are now in the suite of services offered by The Rusty Diamond Network. Encompassing unified, in-prison and re-entry programs and support, the one to one mentorship approach has now helped 100’s of returning Citizens.

The Rusty Diamond Network partners with multiple organizations in Texas, to advocate for overall reforms and restorative justice and provide re-entry services.

Nicole is a Board Member of The Texas Justice Initiative, an active Policy advocate with Texas Justice Coalition and an Epic Ambassador of Ladies of Hope Ministries.

Nicole is an active partner and volunteer of in prison and County jail rehabilitation programs. 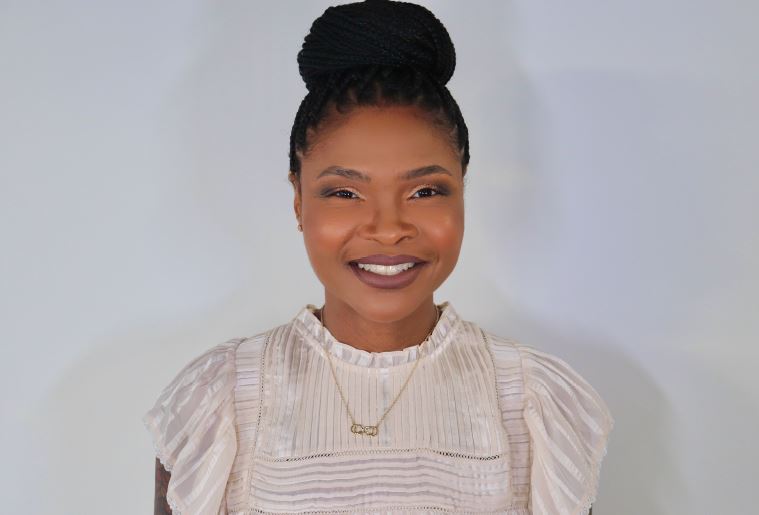 Novlette Haughton is an avid Juvenile Justice reform advocate in Baltimore, MD, and is passionate about people and the stories that weave us together. Her passion led her to pursue a degree in Criminal Justice at Bellevue University where the core of her focus is on empowering vulnerable populations (i.e., persons experiencing homelessness, addiction, and/or poverty, and returning citizens) through direct services, coalition building, and advocacy. As a first-generation immigrant, she is also engaged in issues affecting immigrant and minority communities.

As an Operations Director at Hux Spirits LLC, Novlette specializes in providing excellent leadership, training, and mentorship to new and existing employees. She is an avid user of technology and the latest processes, organizing and updating systems to ensure the most efficient and secure operations for both clients and employees. She serves on the Board of Directors at Marian House and is engaged in multiple Criminal Justice Networks. 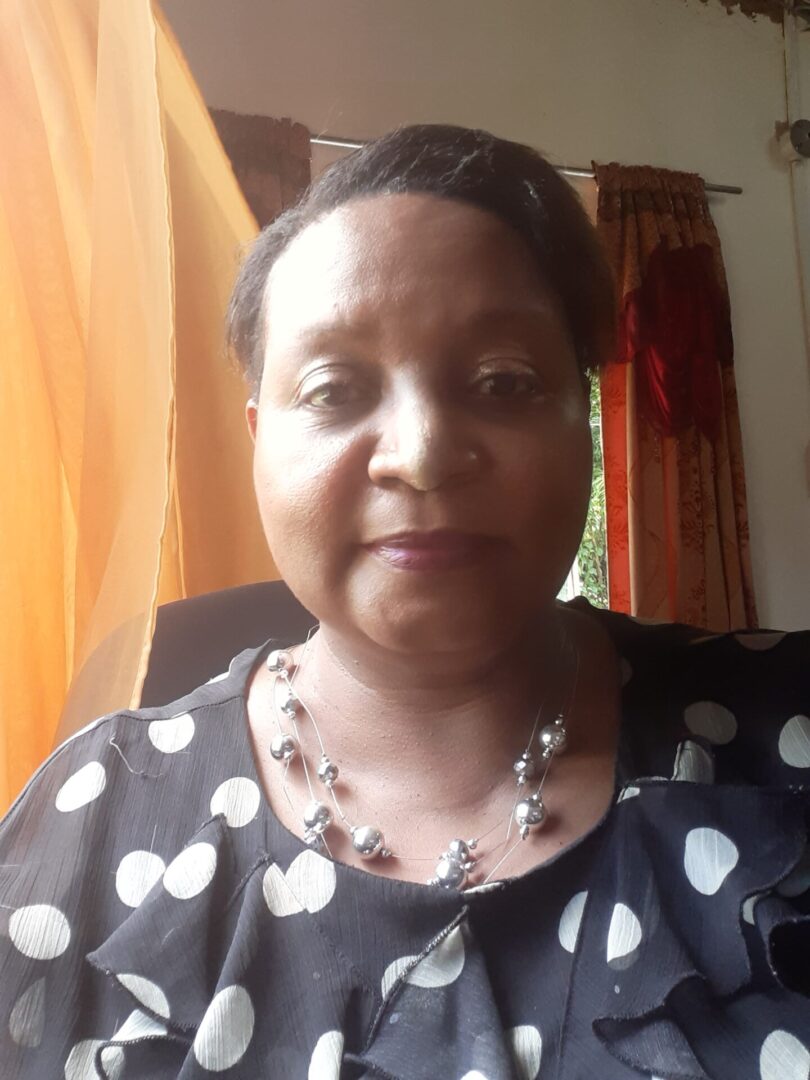 I have been a victim of negative stereotyping from as early an age as I can recall. This has caused me to be somewhat of an introvert, always seeking acceptance even to the point of submerging my own individuality. This feeling of inferiority has shadowed my life until my success at my first examination, it is this achievement that has germinated within me, the desire to succeed and assist those less fortunate.

I got to know about LADIES OF HOPE MINISTRIES, while involved with another NGO (now defunct) and the work they are doing I decided, there and then to be part of this movement because of shared vision. Second Chances, was borne out of the desire to assist the lesser fortunate. The Prison System in Trinidad and Tobago is pregnant with desire to be delivered from these archaic laws that governs it. It seems your punishment never comes to an end, even pass the prison walls. The support from LADIES OF HOPE MINISTRIES has regenerated within me the desire to fight for change.

Apply to be a Fellow

This is a six-month paid fellowship beginning in March 2023. Ambassadors will be selected based on their submission materials, experience, and program fit. If you fit the above criteria, we strongly encourage you to apply!

If you have any questions about the EPIC Ambassadors Fellowship Program, please feel free to reach out to epicprogram@thelohm.org.

You can also help us recruit Ambassadors by sharing information about the program today!

Join us in the fight to end lifelong restitution!

This will close in 0 seconds